Received my new Lenovo Thinkpad X1 carbon in the morning, and the new laptop didn’t let me down. It’s as good as I expected, first all, it’s light in weight, i think should be half the weight than my old Thinkpad T400, the material used touch felt and looked nice, and most importantly, the hardware is the latest, with Intel i5-5300 CPU, 8GB RAM memory, 256G SSD disk, and Windows 8 system. I didn’t do any upgrading, which will cost more money, such as display panel upgrade to touch pad, bigger hard SSD disk, better CPU, etc. Instead, I downgraded the Warranty from 3 years on-site to 1 year Deport or Carry-in, saved more than 200 SD, I am not sure this downgrade is worth it or not. 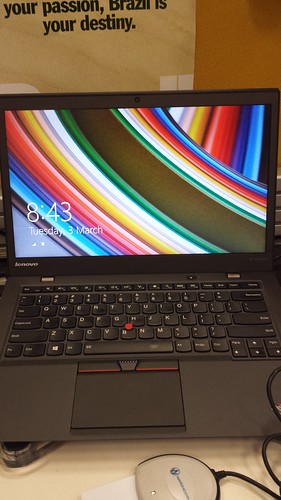